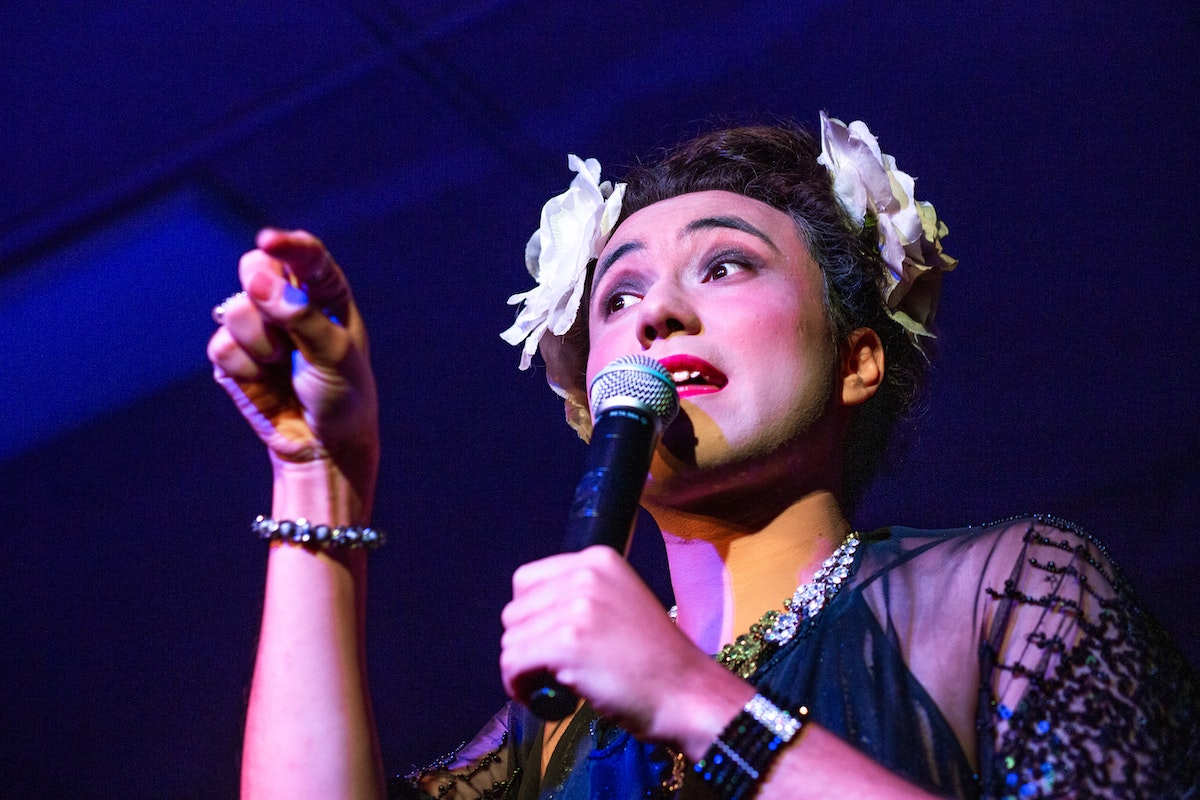 Transcendent chanteuse Mama Alto joyfully exemplifies the original meaning of the term Diva. She deplores it when people use the word to disparage women, suggesting they are difficult and demanding. For Mama, It’s a barb that's hurled with misogynistic menace. Such use, she feels, undermines many otherwise capable, talented and independent women. 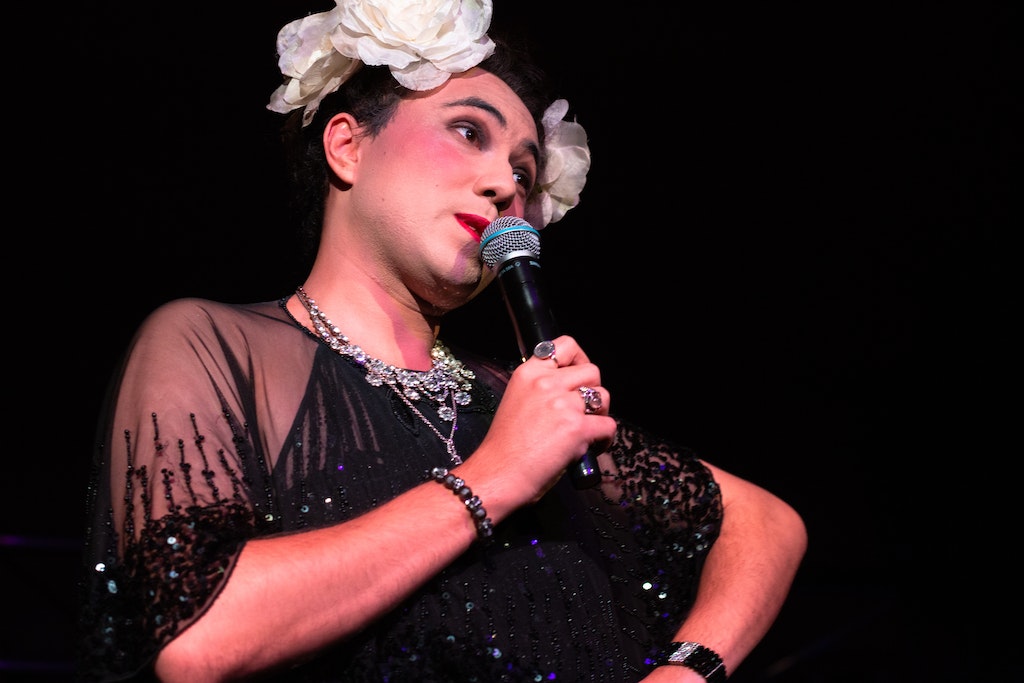 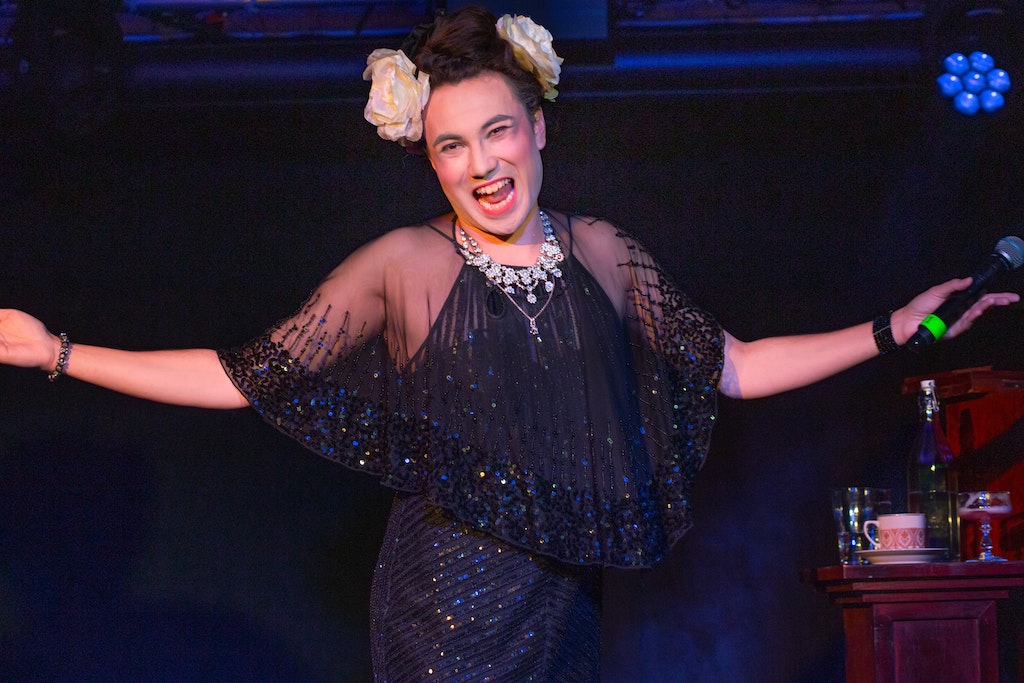 It is easy to trace the origins and initial uses for the word, diva. It's the Latin term for a female god. The original meaning and role of the Diva slipped side-ways when, in the late Classical era, the spiritual world fell under the sway of hierarchical structures. Modern sociological observations tell us that hierarchical structures lean toward the patriarchal, sexist and, of course not forgetting homophobic. And while these are modern constructs, the diminution of the diva did leave the word vacant for those who would use it later to denigrate.

Diva is the earliest descriptor for the divine feminine. Today, the divine feminine refers to the oft-neglected, one-half of our consciousness—our feminine side. It’s a resource that many seek to access so as to better fulfil their potentials. It’s the source of qualities related to nurturing, empathy and intuition. Such qualities help balance many peoples' more dominant masculine side. It's an idea that is applicable across all genders.

After millennia of dominating hierarchical structures—which most took as given—the culture as well as individuals have a lot to reclaim. And Mama helps do that with a relaxed patter, gentle wit and soulfully torched vocals.

Through her most revered Divas, she demonstrates the meaning she wants to reclaim. In doing so, she lovingly channels the lives and loves, struggles and songs of the likes of Billy Holiday, Sarah Vaughan, Eartha Kitt and Lena Horne.

Mama recalls sometime forgotten Divas of the past, like Gladys Bentley. She was the cross-dressing African-American lesbian who, in the '30s headlined at one of the great nightclubs of Harlem. In those days, Bentley’s backing was a chorus line of drag queens. The term pioneer is too easily applied to less.

Mama engages her audiences with extraordinary warmth. With the comforting patter of a close friend, she wraps her guests with wit and repartee. Her singing is an effortless aside, vocalised through her hands in a way that sinuously embellishes her songs of lost and lonely hearts.

Most Divas had to work against the grain of prevailing notions, invariably tied to patriarchy, race, gender and class. These were constraint for so many until the most recent of times—and even then...

The stories of Mama’s Divas tell of the huge personal costs many endured. It's within their struggles that Mama's searingly serenades to their labours and losses.

Many of Mama's Divas came from marginalised worlds. Their musical expressions spoke directly to the millions behind them. These Divas were moving against the grain. They were carving out new roles where before, none existed. Retrospectively, it’s easy to see them as the broad shoulders that lifted up those who followed.

Mama Alto gloriously subverts a modern use of diva, correctly identifying its negative put down. She wonderfully re-embraces its original meaning to bring forward a rich source of creative expression and personal fulfilment.