Adapted from existing content; either from Australian publications, or existing in part as blogs, interviews, images.

On the margins in Latin America

On first take, José is an indigenous, gay love-story set in teeming Guatemala City—novel enough. However, as José unfolds, it reveals more about the lived experiences of millions of people in Latin America.

The film makers have metaphorically, placed their film in the middle of the swirling confluences currently coursing their ways through the broader hemisphere.

• José is a fictional character; an amalgam drawn from interviews with young men in 20 Latin American cities, about their lives, experiences and loves.

• The films language used by the production team draws on the neo-realism traditions of Pier Paolo Pasolini.

• The film offers a completely different proposition for LGBTI identity, to that offered by the Academy award winning film, Call Me by Your Name. Made at similar times,they beg comparison. Both say a lot about different sides of the same coin, for people in different parts of the world. 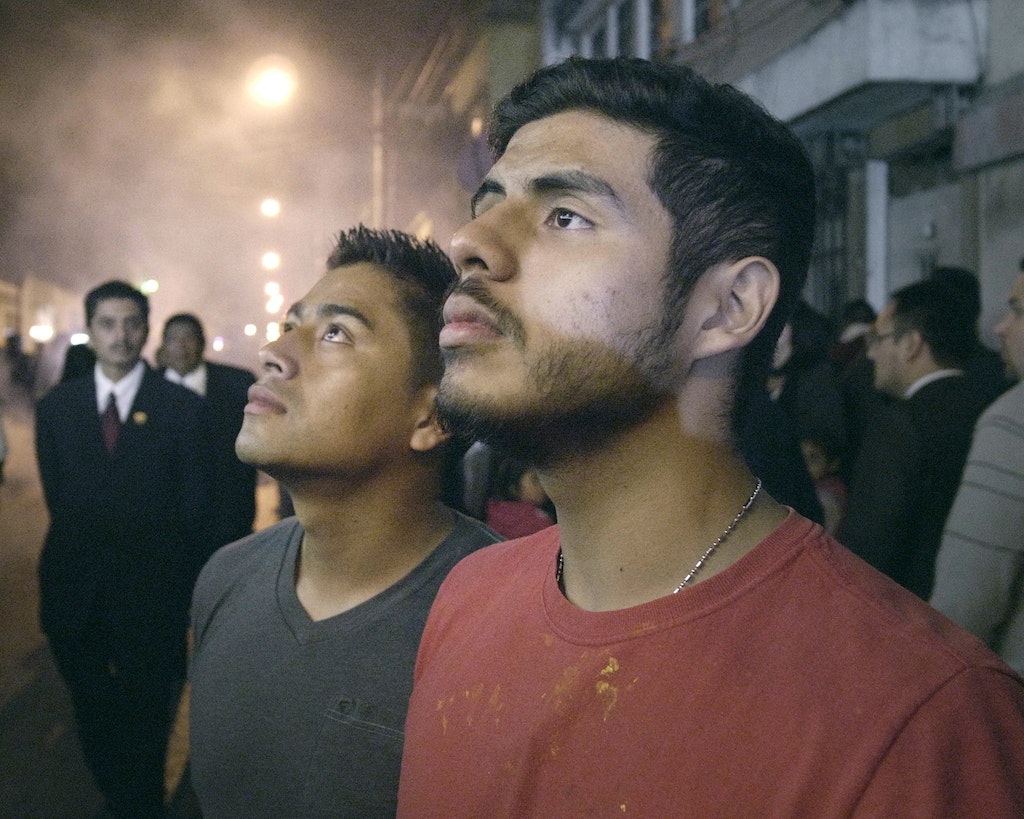 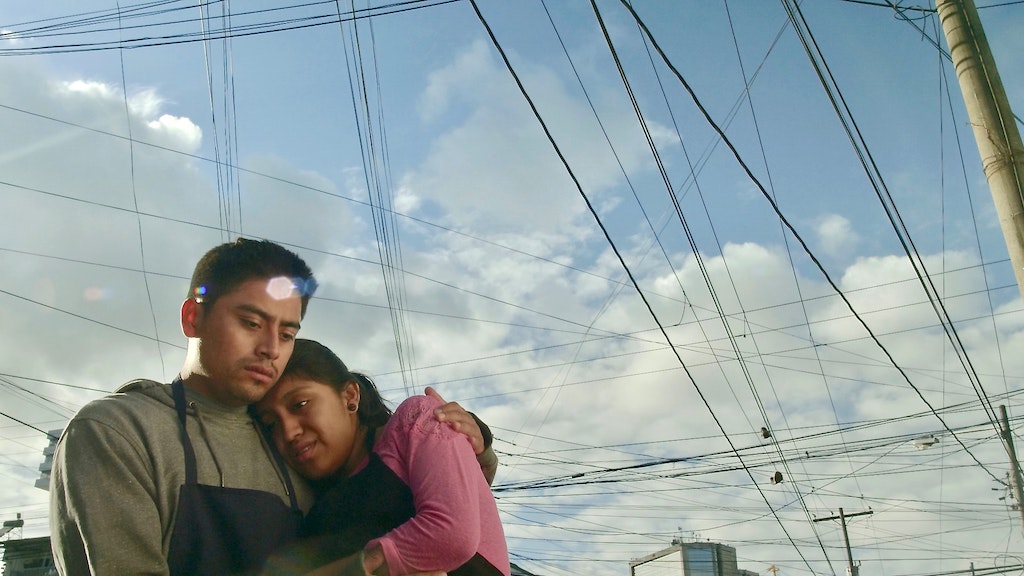 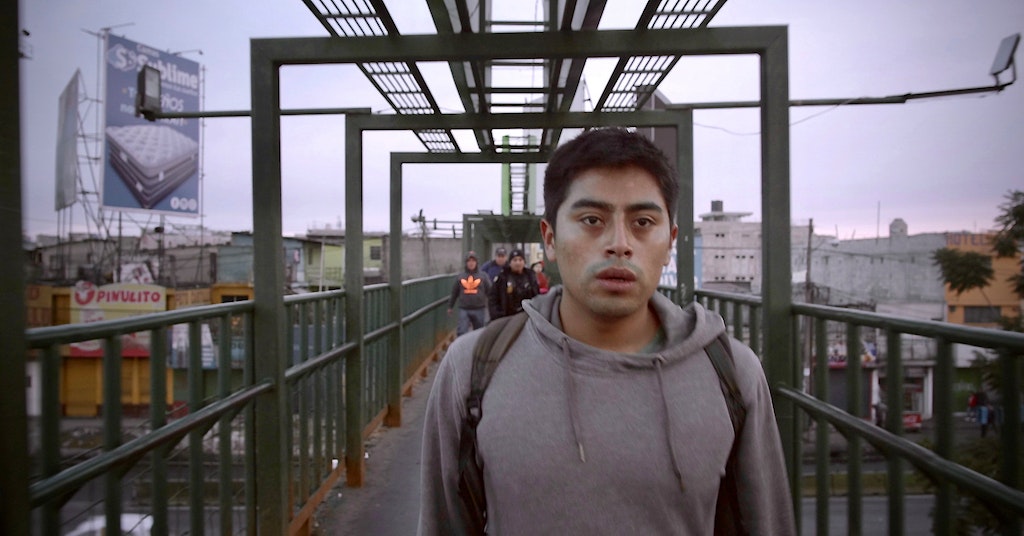 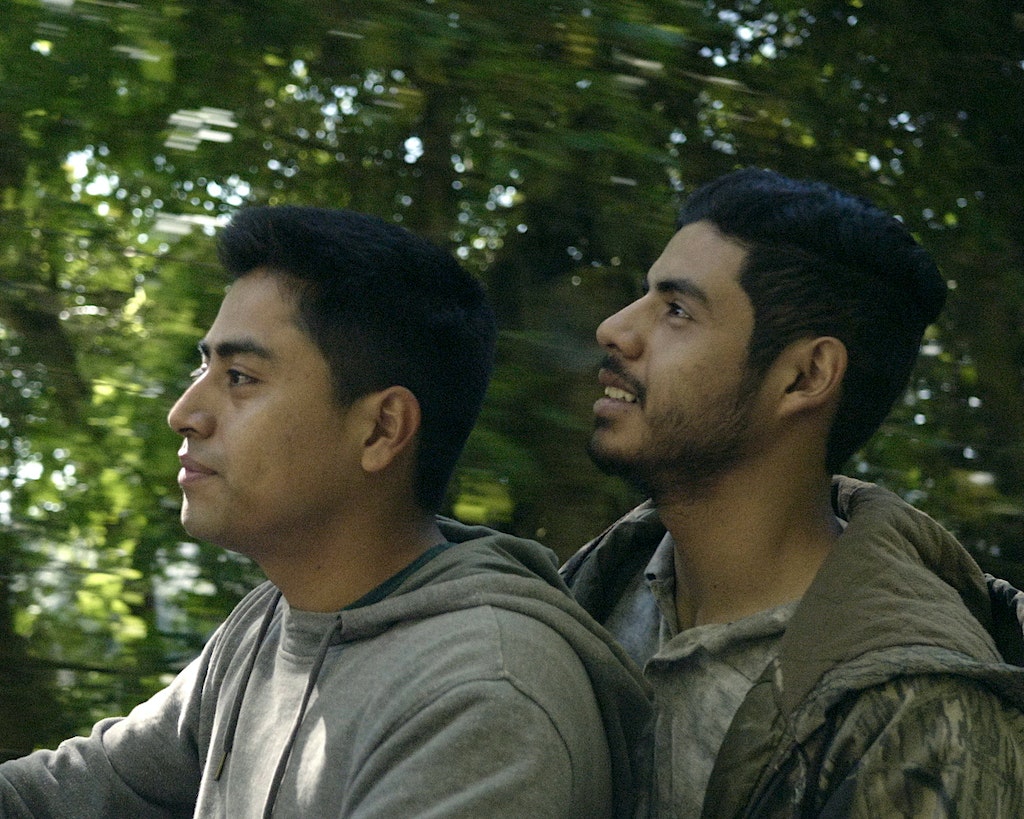 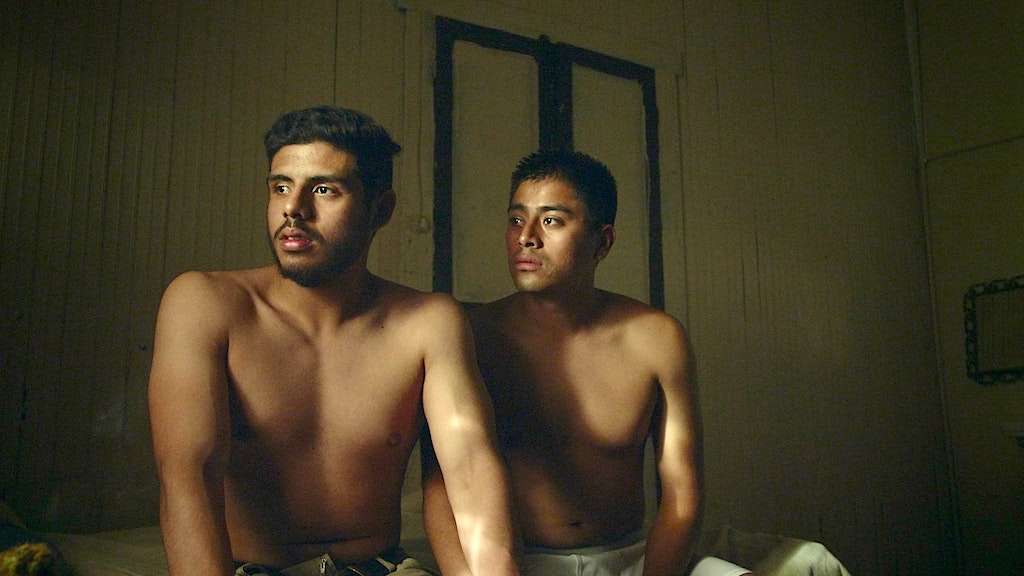 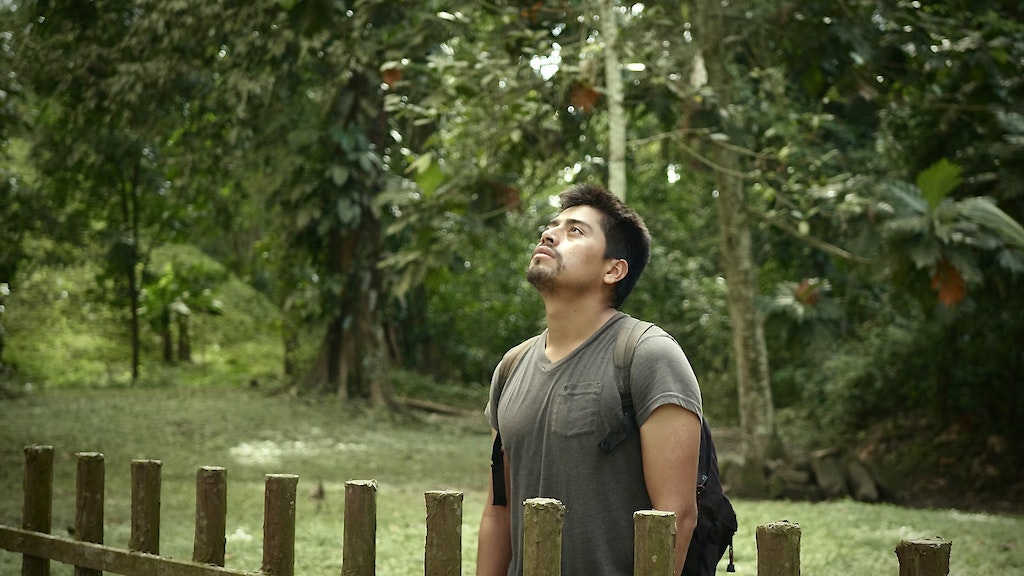 Love in a Conflicted Zone

As seen in Northern Ireland, Pride in a conflicted zone, takes on an entirely different hue than it does in a more settled society.

After 20 years, Northern Ireland is still a largely segregated society with a peace agreement that, ironically, institutionalises sectarian divides.

• Its appeal demonstrates a broad reaction to the strictures of their politically-enforced separated lives.

• Offers tantalising experiences for many people of what a normalised society—that has failed to evolve—looks and feels like.

• Shows that broad, public endorsement of LGBTI rights serves as the "headland" issue that brings along more pluralistic possibilities for other political issues ground down by binary assumptions.

Reporting the politics of a divided society through the lens of Pride, offers a more “on-the -ground” peoples' view than is possible through the more usual political report.

Continue using Pride as a lens, to assess the rapidly changing conditions in Northern Ireland, where the glacier of history is suddenly moving forward. Due to;

]• The impact os the long-awaited extension of marriage equality and abortion rights, forced on Northern Ireland by Westminster, and one of the three "red line" issues that led to the break down of "power-sharing".

• By proposing a customs border in the Irish Sea, the establishment Conservative Party, has for first time in 107 years, ignored the assumed right of veto to constitutional changes by the Protestant parties This represents a major rupture in the assumptions of history, and sets the stage for many further developments on both sides of the border, and the future of the United Kingdom as a unitary state.

—Three Australian travellers (of Irish Catholic background ) are coerced into a Protestant meeting in Belfast, to be confronted by the most powerful orator they have ever heard.. The Rev Ian Paisley. He and his henchmen believe these are supporters from Australia—and are woven into the narrative. Fearing they will be tar and feathered if discovered, they think it's probably wise to quietly slither out.

—The untold story of the gay bar in central Belfast, that stayed open though-out the Troubles. Surrounded by barb wire and military checkpoints, the city centre was abandoned on weekends. This left gay people free to meet and dance the night away in complete freedom. In a sexually repressive society (from both sides of the sectarian divide), the abandoned city was theirs. Secured by the British Army, they were free to stroll through the abandoned city arm-in-arm. The witness to this unusual story of an oasis in a time of war, is Jeff Dudgeon. He later took the British government to the European Court to force the extension of the decriminalisation of homosexuality in Northern Ireland—and won. He is now a moderate Protestant politician.

—During the Troubles, the Europa Hotel was attacked 36 times, earning it the title of "the most bombed hotel in Europe". It never closed and was the base for most of the foreign journalists. There are many interviews relaying how the staff managed and survived, and how the management were able to "work around" the inconveniences, including recognising the tell tale signs of those intent on trouble. Its a story of "ordinary" survival during a time of war.

There are other societies with histories of conflict and division, where Pride and other LGBTI activities, show how broader society is responding to the issues that are keeping groups apart. They bring together otherwise divided groups to highlight broader issues and offering alternative solutions to those enforced by existing arrangements. Such events can include

• Jerusalem Pride brings together secular, liberal and religious Jews with Israeli Arabs and, if possible, West Bank Palestinians. The event has a history of conflict with Orthodox Jews (including physical attacks and a murder during the parade). It participants seek to engage with Palestinians despite government restrictions on movement.

• Other location which require further research but could well bear fruit, include Sarajevo and Nicosia and post-apartheid Cape Town.

• In Beirut, cautious groupings of LGBTI are part of broader “civil society” groups that are working across sectarian divides to break down entrenched aged hierarchies based on confessional settlements—both from Lebanon establishment in 1943, and following its murderous civil war. There is a broad recognition that the current arrangements institutionalise conservative values, separation, corruption; along the way, misogyny, homophobia while limiting opportunities for the young. Beirut's fledging Pride is a series of consciousness raising events, still too unsure about moving to a parade. 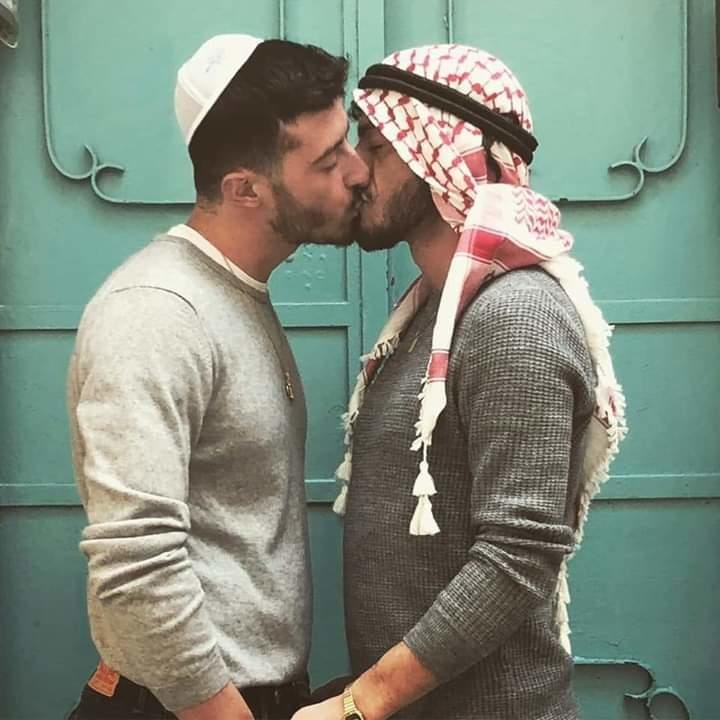 The rise of the intimacy director

At Edinburgh Fringe—the world’s largest arts festival—a Canadian company arrived with an intimacy director as a part of its regular crew. Her role was to act between the cast and the director and producer to ensure the cast feel secure, safe and supported when acting out sexually charged material. They also find it ensures more evolved performances.

The play is set amidst the polyamorous affairs and intrigues of Shelley and her travelling literary companions following the Napoloenic Wars—unusually daring for the era. for the Other characters includes her husband, Percy Bysshe Shelley and bad boy of the era, Lord Byron.

The play incorporate a lot of sexual politics as Shelley is first glimpsing the shape of her novel. It also covers what we now understand as emotional and sexual abuse—particularly perpetrated by the selfish, narcissistic Byron. For the actors, there is plenty of scope for personal discomfort and psychological damage

Following the expose of Harvey Weinstein, there has been torrents of revelations of demeaning practices in the entertainment and arts world. While the reporting seems fixated on the more prurient details, little is said about long term solutions. An intimacy coach seems an obvious advance.